We are a fraternity of professional, like-minded men who believe in bettering themselves and the community they live in.

Langley Lodge is led by an elected team of officers with varying degrees of responsibility. The Worshipful Master (highest ranking, equal to a president) of the lodge sets the agenda for the yearly activities and runs the stated meetings. The team also includes the Senior Warden and Junior Warden. Three additional principal officers are elected yearly by the Master Masons of the Lodge. 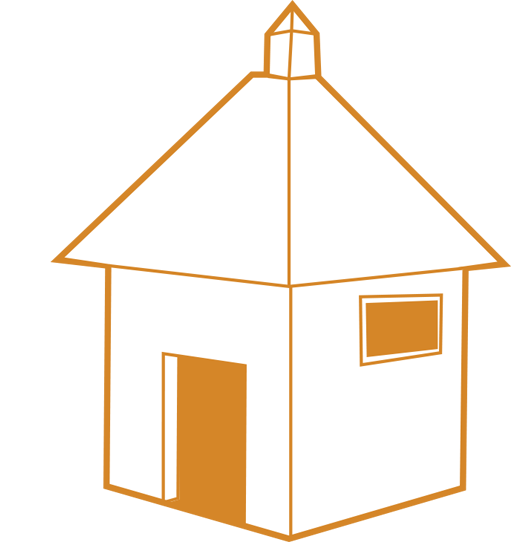 Langley Lodge Freemasons come from all walks of life to gather together as brothers at the Eureka Masonic Lodge Hall in Langley BC. Freemasonry in Langley and our Lodge in particular, is experiencing a renaissance of public interest. The Masons in our lodge are young, energetic and looking to associate themselves with other similar individuals.

Freemasonry like many organizations has experienced reduced membership populations in recent years. Langley Lodge, however, has seen a rejuvenation of sorts. In the last two decades, Langley Lodge has seen a large influx of members who are young (average age is mid-thirties), good-natured, and highly involved within the Lodge and the community.

This younger generation has brought new liveliness to the Lodge – honouring the past, yet also bringing vitality, fresh ideas, and a renewed commitment to our lodge and the Craft.

An important aspect of the Langley Lodge is spending time together as ‘brothers,’ not only inside the Lodge but out in the community as well. After each of our Lodge meetings, the brethren take the opportunity to spend time together while sipping a few libations, enjoying a great meal, or at social events like the Festive Board. Our Festive Boards are legendary in the district for the fine meals and social interaction. This atmosphere of comradery has the capacity to strengthen the bonds and cement lifelong friendships among the members.

Outside of the Lodge there are several annual trips that many of the members participate in. Our annual lodge fishing trip has created many a fabled story. Additionally, there is an annual “Dunes” trip where a number of the members head to the Oregon dunes to participate in quading on the dunes and enjoying the social and friendship side of life in open spaces.

At a regular meeting of Eureka Lodge #103 BCR during the month of April 1977, Bro H.D. Stafford stated that a new lodge in District # 25 BCR using the emulation ritual might be worth considering and any interested brethren could meet in the OK Tire store in Langley one week later at 10 AM. Three Brethren showed up at that first meeting, Bros. K.P. Douet, H.D. Stafford and W.Bro. D.E. Wrightman. There was sufficient interest to move forward, so an advertisement was placed in the Langley Advance Newspaper calling interested parties to an informative meeting to be held at the Eureka hall two weeks later. This meeting attracted 25 Brethren and a great deal of attention, which led the pilot group to decide that another meeting should be held two weeks later.

At the subsequent meeting, a decision was made to proceed with the elected formation of a new lodge. As result of the election, Bro. H.D. Stafford (President), Bro. S.D. Draper (Secretary) and Bro. K.P. Douet (Treasurer) became part of the group known as the Emulation Group. There were 17 original founding members each paying dues of $100.00. In the weeks that followed, membership rose to 63 men, combined with six charter members.

Practicing of the Emulation Ritual began in such places as schoolrooms, small rented halls and private homes, mostly W.Bro. Bhogal’s home, and finally in the Eureka Lodge Hall. Bros. Douet and Bhogal obtained regalia from the Grand Lodge and Bro. George Preston created the working tools and the Tracing Board case. The remainder of the Lodge furniture was donated by various brethren.

The Lodge was instituted on February 16, 1978 with 63 founding members and became known as Langley Lodge U.D. using the Emulation Ritual. The first Master of the Lodge was R.W.Bro. H.T. Barrett, the first Senior Warden was Bro. J.E. Chesney and the first Junior Warden was W. Bro. G. Fuller. During the period of Lodge U.D., six charter members were instituted, one of whom would become the 7th Master of the Lodge. Bro. R.M. Brown was the first Master to be raised in Langley Lodge.

The Lodge was constituted on August 18, 1979 in the Masonic Hall in New Westminster by the Grand Lodge of BC with M.W. Bro. William F. McCoid as Grand Master. On that day, 317 Brethren signed the porch book and 269 remained for the banquet. Refreshments were supplied by V.W.Bro. Carate, Potters Distillers and San Michelle Winery. Bro. Pat Douet catered the Banquet.

The by-laws of the Lodge were read and confirmed in open Lodge on October 18, 1979 and signed by Rt.Wor.Bro. J.T.Barrett, Wor. Master and Bro. K.P. Douet, Secretary. The by-laws of the Lodge were approved and certified in the office of the Grand Secretary in Vancouver BC on October 25 by M.Wor.Bro. McCoid, Grand Master and Bro. C. Lorimer, Grand Secretary.

In the 1981 – 1982 Masonic year, with W.Bro. S.H. Carate in the East the Emulation Ritual was replaced with the Canadian Ritual.

What is a Mason?